In 2012, after tireless efforts by Animal Defenders International (ADI), the Peruvian government passed legislation to ban the use of animals in circuses.  Next, came the arduous task of enforcement.  ADI collaborated with the government of Peru to round up all the animals that had been suffering in circuses across Peru.  At times dangerous, but always rewarding, the last animals were relocated to new homes in sanctuaries across the world, free from the suffering they endured for far too long.

A small team of three from PEIVDF joined ADI in Peru in February 2015, to assess and triage 28 of the large carnivores and primates rescued by that time.  PEIVDF assessed 25 primates, treating the most critical, and treating 2 lions, after determining the remaining rescued lions were stable enough to wait for more advanced treatment facilities.  PEIVDF even performed a spay on a domestic dog, after complications from birthing her puppies.

PEIVDF had previously worked with ADI in the US, to triage and treat many of the lions rescued by ADI from circuses in Bolivia.  ADI created a film about the incredible exploits of this rescue – Lion Ark: the Movie.  Read more, and find screenings HERE.

To read more about the incredible work done by ADI in Peru, click HERE.

In mid-February 2015, a small team of three from PEIVDF travelled to Peru to help assess and triage many of the lions already rescued from lives fraught with pain and suffering in the circuses of Peru.

During the short trip, PEIVDF assessed the 21 lions rescued from Peru, while treating 2 of the most urgent cases.  25 primates were assessed, with 2 requiring treatment, including one beautifully tiny spider monkey.

In all, (14) root canal therapies were performed, (4) extractions, and (1) debridement of an oronasal fistula. 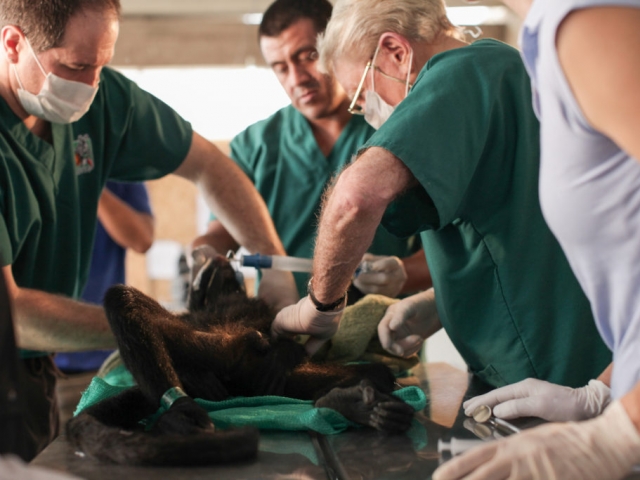 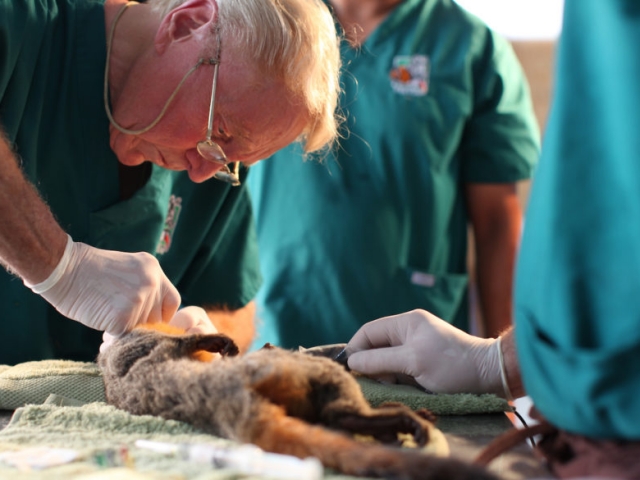 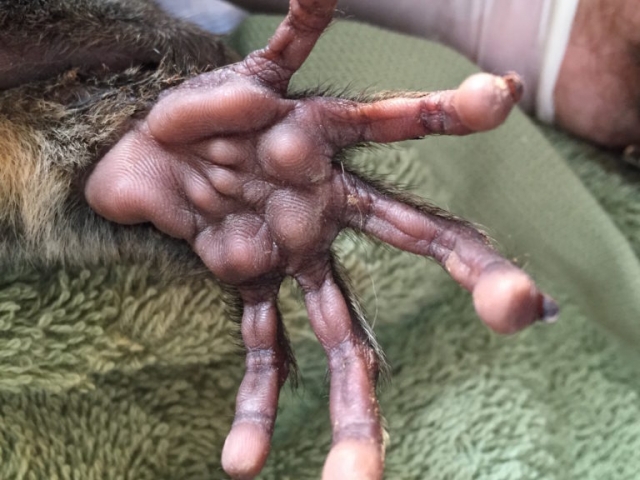 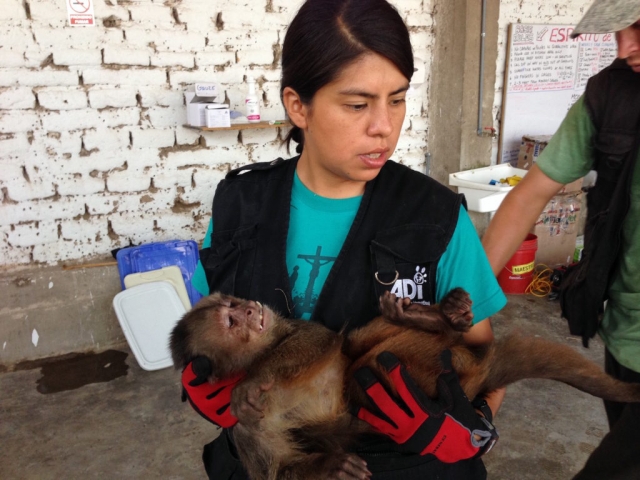 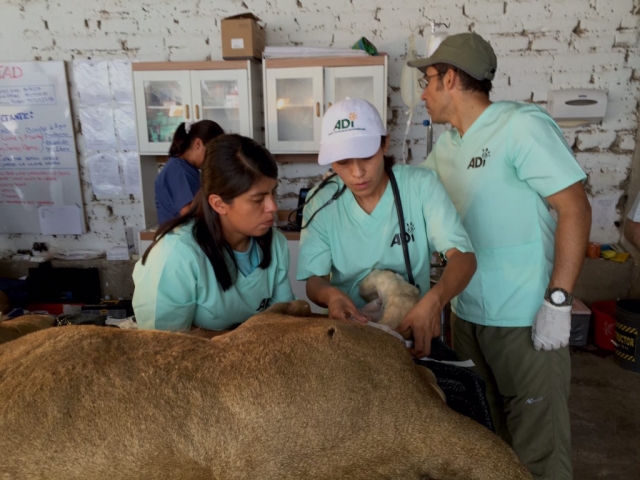 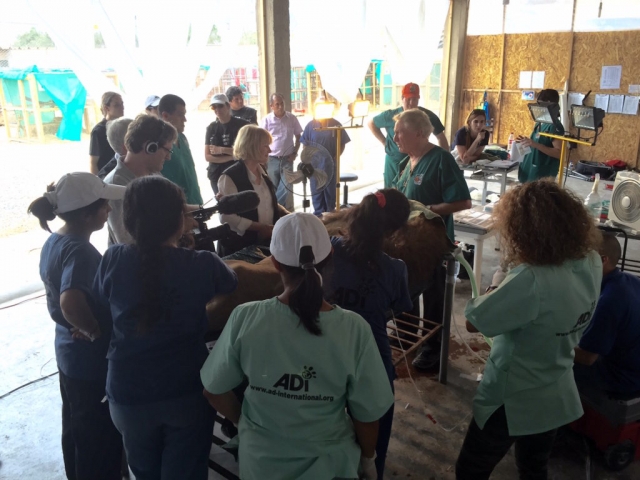 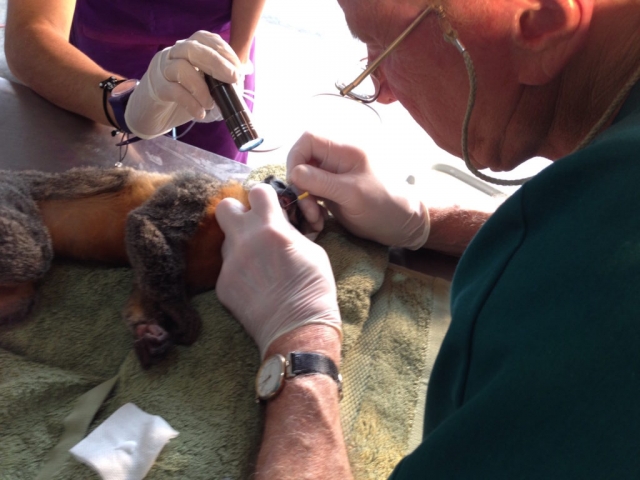 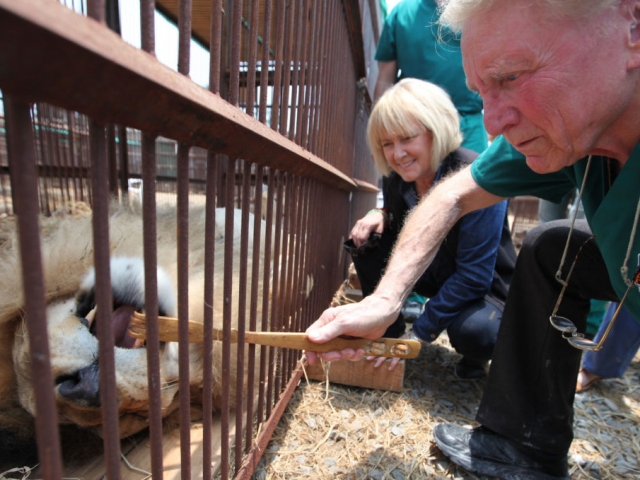 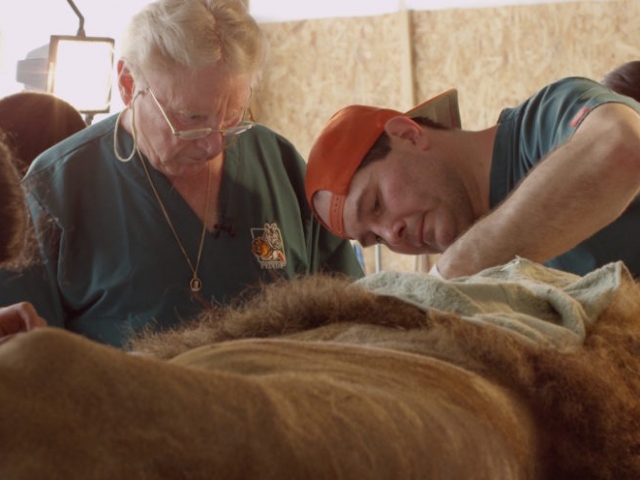 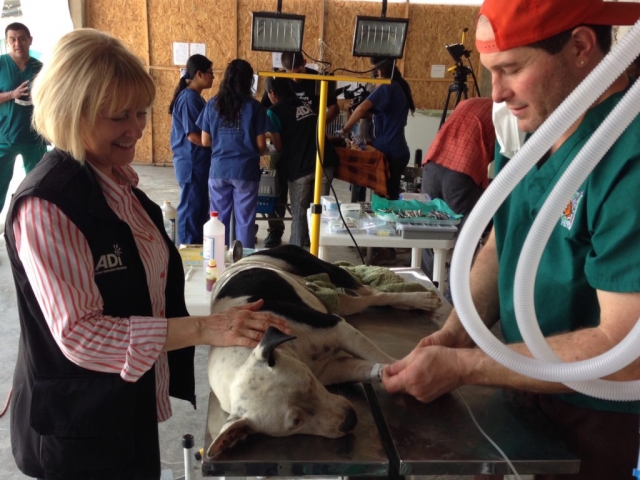 Throughout the early spring and summer of 2011, teams of doctors and technicians travelled to the Wild Animal Sanctuary in Keenesburg CO to assess and treat 25 of the 29 lions rescued by ADI from lives of misery in circuses across Bolivia.

Just after arrival in Colorado, PEIVDF doctors worked with Wild Animal Sanctuary staff to triage and assess the treatment priority of the 25 lions re-homed to this heaven on earth.

You can read ColoColo’s case study, to see how PEIVDF’s treatment helped transform – in less than 24 hours – “the most ill-tempered lion” ADI had ever met, into a lion, who “played like a kitten.”  Download the .pdf HERE

On March 21, 2011, Pancho was treated for an oronasal fistula. It was revealed a fragment of his upper left canine had been broken off and driven into his nasal turbinates – a product of his torturous time performing in Peru.  Read about the other trauma this poor lion suffered, and how the PEIVDF and WAS teams worked to heal his mouth, so he could enjoy his new life in Colorado.  Download the .pdf case report HERE.

That same day, PEIVDF treated Temuco, whose “left eye [had] always been squinty.”  We found that Temuco had suffered a similarly torturous fate to Pancho.  Temuco had likely been struck so hard, his left canine tooth was broken off at the gum line, with a fragment driven up into his nasal turbinates.  Immediately after surgery, WAS staff reported that his eye had already relaxed and he was no longer squinting.  You can read Temuco’s case report HERE. 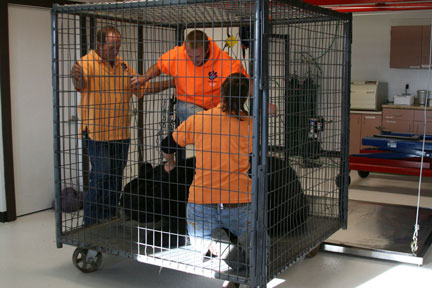 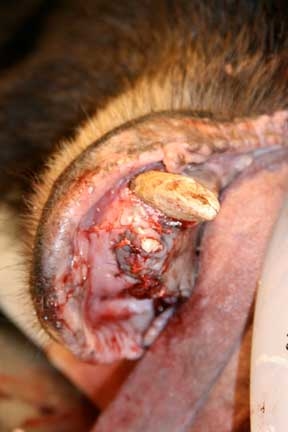 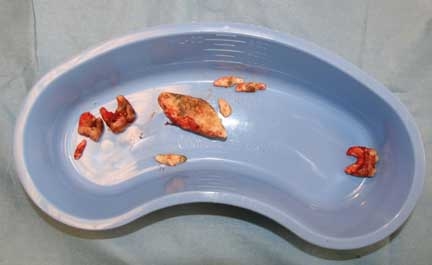 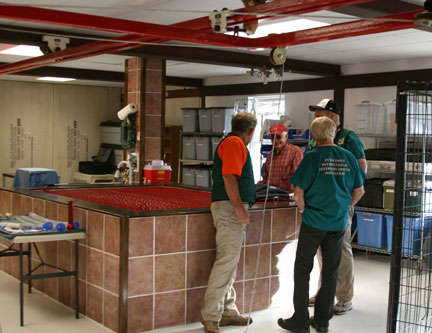 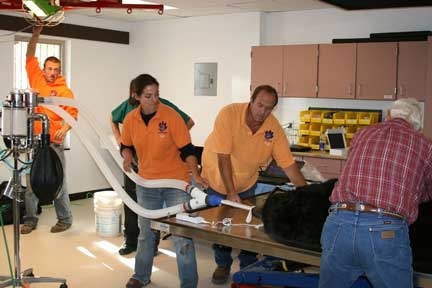